The Viennese days in Ljubljana ended today on Stritarjeva ulica with a fork poking into pieces of the original Saherkuchen, which was cut into more than 6,000 pieces.

That afternoon, pastry chefs made sure that the conclusion of the Vienna Days in Ljubljana was in true Viennese spirit. The Sacher masters made the largest original Saher cake in the world in the center of Ljubljana. 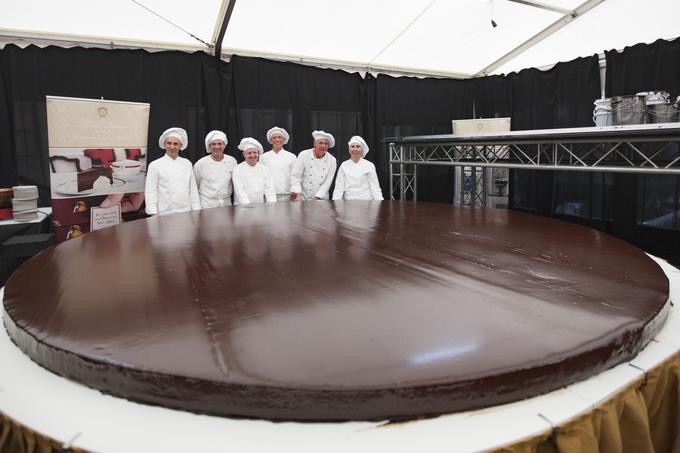 
Translated into numbers: The giant cake weighed 600 kilograms and was used for:

Since whipped cream is also served, 300 liters were used. The diameter of the legendary confectionery was 3.5 meters and special conditions had to be met for this. 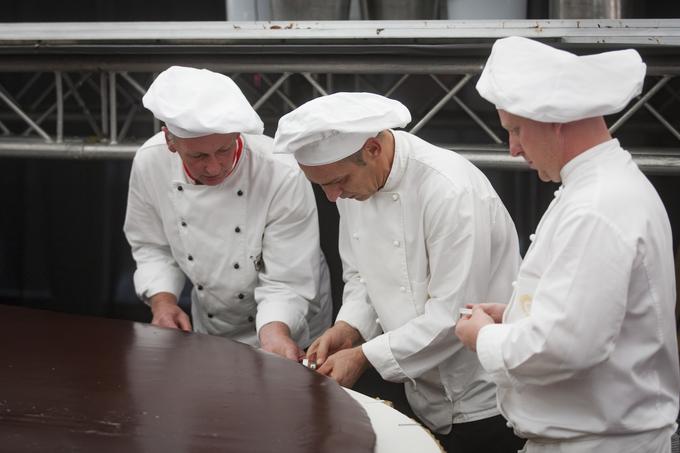 
The tent was built in the city center to ensure the right temperature of 18 degrees Celsius. Because of its size, they had to climb a tall structure made of chocolate to glaze it with chocolate. A knife of the right size was also made for this cake.


According to the protocol, the cake is at 5 p.m., as it was first cut by the Viennese city ministers Renate Brauner and the Mayor of Ljubljana Zoran Jankovic, divided among passers-by. About six thousand pieces were formed.

The largest original Saher cake has been made by six pastry chefs since the early hours of the morning. The recipe for this, which has been a closely guarded secret for more than 180 years and is kept in a safe, is only fully known to the head confectioner and two other long-standing employees. The other pastry chefs sign a non-disclosure clause when they are hired. 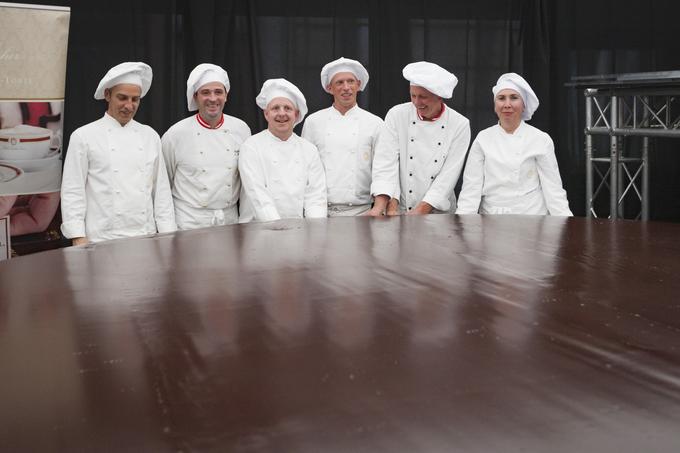 The history of the origin of the Saherkuchen

On December 5, 1832, the Austrian Prince Wenzel von Metternich invited the nobility to a gala dinner. To impress her, he commissioned his chef to prepare an unforgettable dessert. 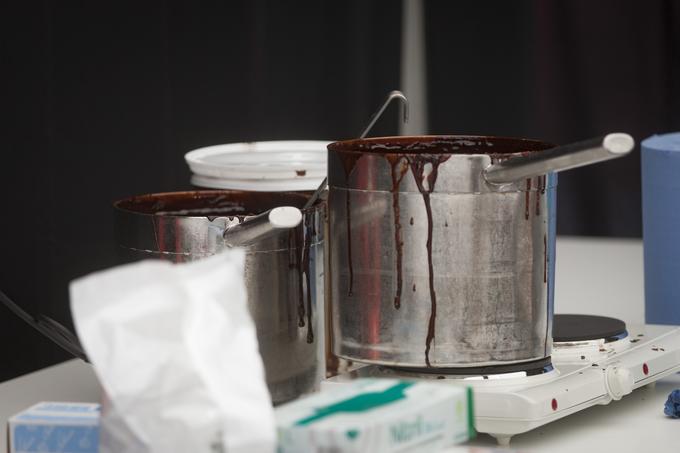 
Due to an illness, however, this task fell to a young apprentice Franz Sacher. He found that he was combining recipes for two cakes in his dessert, which he added in his own way with apricot jam and chocolate icing. The cake was a success and is still one of Vienna’s favorite products to this day.

Together with the Vienna Boys also a great cake

“The original Sachertorte is an important ambassador for Vienna,” says Reiner Heilmann, director of the Hotel Sacher Wien, which, together with the Vienna Philharmonic and the Vienna Boys, is one of the best products in the Austrian capital. They make 360,000 cakes a year, which they sell and serve around the world.