A nice team from the Italian TV channel left the beautifully decorated Rab Cake House at noon, preparing a report on the tourist and culinary image of this Croatian island. Put our culinary alphabet in the pot. 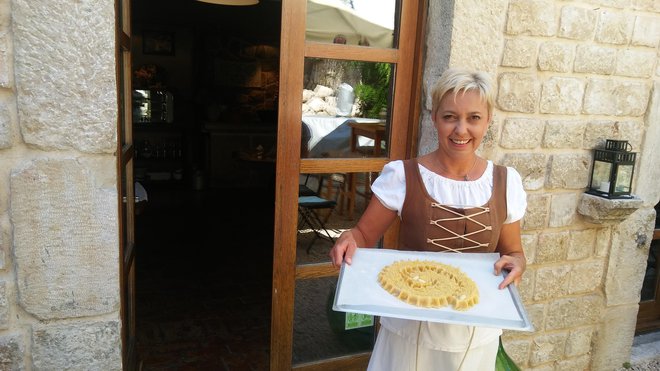 Ružica Ribarević and a cake in the characteristic snail shape

We talked Ruzico Ribarevicwho is in the team of a passionate confectioner Vilme Brna and her son, a well-known Rab innkeeper Joseph, ensures that the traditional Rab cake is not forgotten. The House of Rab Cake proudly described for Nedeljske newcomers how they brought to the present day the unique dessert that has been on the island for centuries.

A dessert for the Pope

Ružica Ribarević used a rolling pin to flatten a new loaf of dough in an antique bakery that’s also a museum, “which isn’t anything special since the dough is how we make it for pasta — just flour, eggs, and salt.” . “The essence of the age-old dessert is in the filling, she said, as the cake melts in your mouth because it has the right proportions of peeled and ground almonds, sugar, orange peel, butter, eggs and Dalmatian maraschino liqueur. 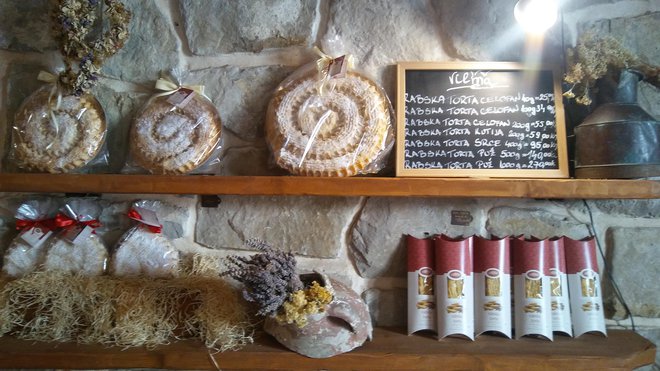 “The original recipe for the cake is kept by the Benedictine nuns – their monastery is very close to the Rab Cake House, which opened four years ago. You just have to climb the street that leads to the cathedral, walk a few more steps and you’re at the monastery,” added Ružica Ribarević. 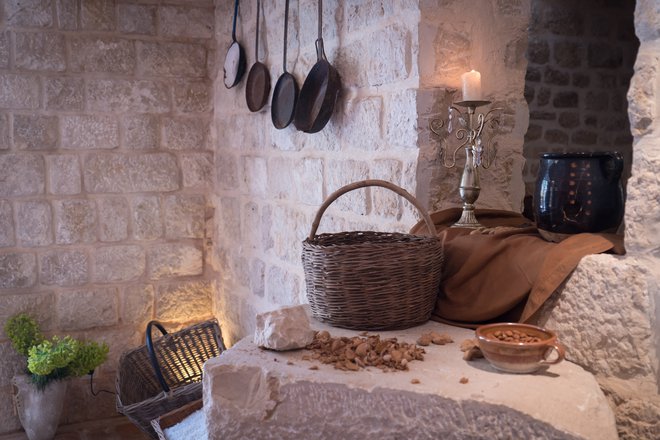 Almonds are the main ingredient of the traditional dessert that Vilma Brna and her colleagues snatched from the whirlpool of oblivion.

According to oral tradition, the Rab cake was prepared in the kitchen of the Pope’s Benedictine monastery Alexander III Rab visited. It was then 1177 and the Pope consecrated the Cathedral of the Assumption on the island. They served him a dessert in which they mixed selected delicacies from Rab and also from the neighboring islands. According to tradition, the Benedictine nuns wrapped this light cake, which like biscuits lasts longer, in the shape of a snail. 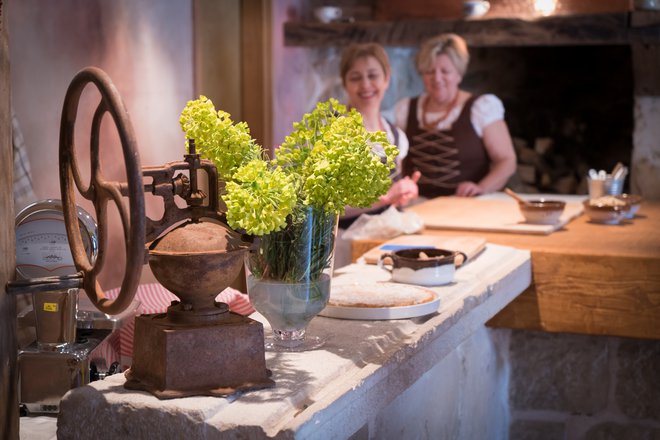 The Rab Cake House is also a testament to how they used to live on the island.

Probably because, with a little imagination, the snail cake could represent the upper, curved part of the crosier. In the town of Rab, it is still believed that a few drops of rose water were added to the original recipe, which was made from rose petals collected in the monastery courtyard.

She restored a sweet tradition

Well, the cake recipe spread across the island from the monastery kitchen. It traveled from mouth to mouth, each housewife added something of her own to the ingredients, but the essence has remained unchanged to this day – a low cake, wrapped in a circle, made of thinly rolled dough with a filling of peeled, finely ground almonds.

When the Pope visited Rab in 1177 to consecrate the cathedral, a very special dessert was prepared for him.

Time brought their own and Rab’s grandmothers, who knew how to magically combine all these ingredients into one easy whole, were fewer and fewer on the island. Perhaps the Rab cake would have been forgotten if Vilma Brna hadn’t moved to the island four decades ago. The passionate pastry chef explored the island’s delights, and when she came across the Rab cake, she knew she was on to something very special. 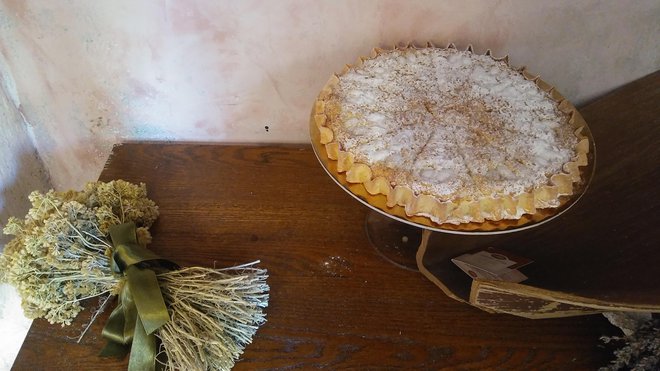 “With her knowledge, perseverance and will, and with the help of her closest friends, she managed to bring part of medieval Rab closer to modern times,” they wrote in the House of Rab Cake about how the unique culinary history began to be restored will.

“Many locals and tourists asked us how to make our cake, so we looked for a suitable place and found it at the end of the old town. We opened the House of Rab Cake, where we love to show visitors how our famous dessert is made, and we also tell them a lot about its history,” she explained. Andrea Dedicanother employee of the cutest house on the island.

For the dough, first mix the dry ingredients. Add eggs, liqueur and water (if necessary). Knead a smooth dough, wrap in cling film and refrigerate for about an hour. Meanwhile, prepare the filling by mixing all the ingredients listed together well. Roll out the dough on a floured surface (like pasta), spread the filling on top and try to get a snail shape (the kind you see on the tray in Ružica Ribarević’s hands). Bake at low heat (about 100 or 120 degrees Celsius) for about 40 minutes. The cake is then sprinkled with maraschino. Let cool and sprinkle with powdered sugar.

The Rab Cake House was beautifully decorated, many objects used by the islanders in the past were brought in, and a kind of miniature ethnological museum was created. Through the efforts of everyone involved in the story, the Rab Cake has become a unique souvenir perfect for the modern visitor. Gone are the days when tourists would return from the sea accompanied by various dust collectors.

Rab cake is not the only typical dish of the Croatian island. “Rab cuisine, like all other islands, is based on the sea and everything it has to offer. Besides the cake, we have two other dishes that you won’t find anywhere else and they are frittata with stockings and štufad,” he explained. Lukas Percinić from the Tourist Board Rab. 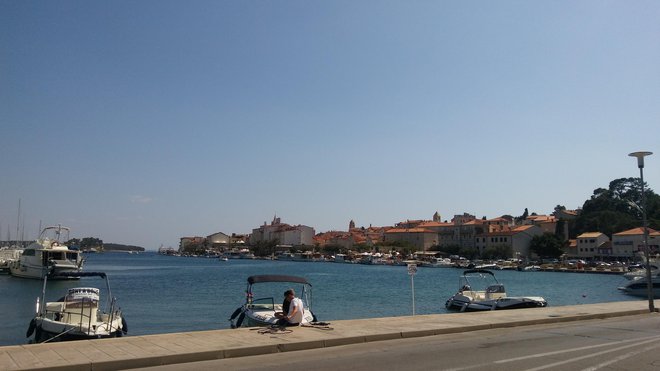 The sea, the sun and the town of Rab, where a beautiful museum of sweet island specialties was opened a few years ago.

He explained about the first dish with an interesting name: “Stokes are dried squid. Prepare the frittata by slicing the legs of the dried squid into thin rings, then frying them a little in oil and pouring in the scrambled eggs. This is a traditional dish typical of Rab, because in the past such dishes were prepared in almost every house on the island.

And what is a stufad? “This is also a traditional dish typical of the town of Barbat, where it is prepared during the December holidays. This goulash-like mutton dish features a sweet flavor conjured up by sage honey complemented by white wine and lemon wedges. In some parts of the Mediterranean, the word štufad refers to dishes prepared by long-term baking,” said Luka Perčinić, another dish typical of the Croatian island.

Since the last two dishes felt so specific and made with ingredients not often found in our country, we preferred to sail in fresh water when choosing the recipe. We focused on the Rab cake and brought you a recipe for it from the Island of Happiness, as Rab was called by the Romans.