Meet lentils, considered one of the best plant-based sources of protein. It’s great for stews, soups, salads, side dishes, sauces and even desserts.

The lens is slowly returning to our plates. Until the Middle Ages it was considered an extremely coveted and valued food, but it was soon replaced by beans, which became the “main food” due to their simpler production and lower complexity. In fact, lentils need a fairly warm environment, which is why they were only grown here in the littoral. We classify them in a group of butterflies. Seeds are sown in spring when the winter period is over. It grows into a half meter tall shrub known for its pink flowers. We distinguish four varieties, namely red lentils, which are the softest, green lentils, which are the smallest, yellow lentils, which are considered the hardest, and brown lentils, which are the most common.

What do we find in the lens?

In addition to a lot of vegetable protein, it also contains many minerals, including iron, potassium, magnesium and zinc, fiber, B vitamins, carbohydrates and some fats. Due to their composition, lentils are highly recommended for vegetarians, as they cover all of the amino acid requirements that are otherwise difficult to cover with other foods.

Lentils are considered a low-calorie food that fills you up for a long time. It is also useful during diets, as it contains many ingredients that speed up metabolism and thus lose extra pounds. Because it is high in zinc, many classify it as an aphrodisiac. It also strengthens potency and accelerates the production of sex hormones. Due to its many vitamins and minerals, it is ideal for strengthening the immune system, but also helps protect against disease-causing bacteria and viruses. In addition, it lowers blood pressure, regulates blood sugar and lowers cholesterol levels. 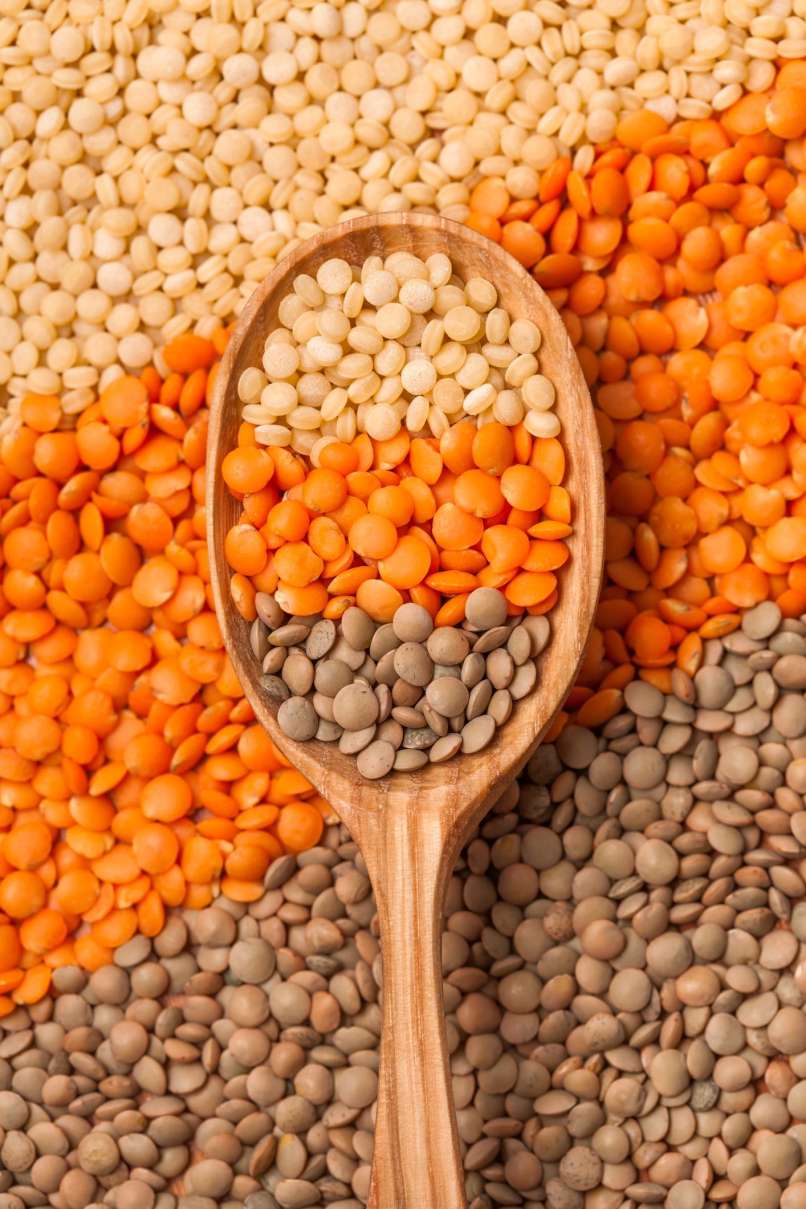 There are different types of lenses.

Ingredients: 2 tablespoons of oil, 2 pinches of cumin, a teaspoon and a half of curry powder, 1 onion, 2 cloves of garlic, 2 sweet potatoes, 300 g of green lentils, 1.5 liters of soup base, sour cream. Preparation: Wash the lentils well under running water. Peel the sweet potatoes and cut into cubes. Chop onions, strain garlic. Heat the oil in a saucepan and quickly sauté the onion and spices. Add 1/2 teaspoon of salt to soften the onion, then add the garlic and sauté until fragrant. Add the sweet potatoes and lentils and pour over the soup base. Cook until the lentils are soft. Season the finished soup with pepper and salt and serve with a teaspoon of sour cream.

These are especially popular in Indian cuisine. Prepare them with cooked lentils, chunks of tomato, turmeric, mustard seeds, curry and coconut milk. Serve with boiled rice.